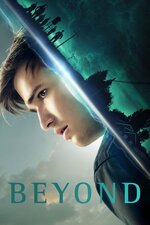 Beyond is now available to stream and watch online:

Watch episodes of Beyond online:

When Holden wakes up from a coma that lasted 12 years, the young man discovers that he has new abilities, which land him in the middle of a dangerous conspiracy. Now that he is out of his coma, Holden must figure out what happened to him during the past dozen years and how to survive in the world that has changed significantly while he was in his coma. But perhaps the biggest question of all is why it happened to him. As Holden tries to adjust to adulthood -- all he remembers is being a child -- mysterious Willia warns him not to trust the people around him.