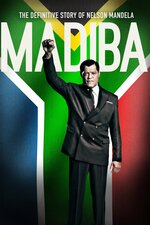 Emmy Award-winning and Oscar-nominated actor, playwright, director and producer Laurence Fishburne stars as Nelson Mandela in a three-part, six-hour miniseries. The saga is based on two Mandela autobiographies -- "Conversations With Myself" and "Nelson Mandela by Himself" -- and in addition to detailing the early years of the politician's journey, "Madiba" reveals behind-the-scenes strategizing and bold tactics he and his collaborators used to bring attention to their movement, both domestically and internationally. The miniseries also pays homage to many lesser known men and women who made sacrifices toward South Africa's quest for freedom. Orlando Jones plays Oliver Tambo and David Harewood stars as Walter Sisulu, two of Mandela's closest friends, while Michael Nyqvist plays Dr. H.F. Verwoerd, the prime minister of apartheid-era South Africa from 1958 until his assassination in 1966.