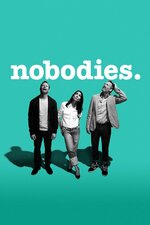 Trying to make it in Hollywood can be tough for struggling actors and comedians. One way for them to increase their level of fame is to try to call in favors from more-famous friends. That's the scenario facing Hugh, Larry and Rachel, performers who are struggling to climb the Hollywood ladder and soar to loftier heights in the industry. So they're going with the "ask a friend" route and are desperate to land one of their famous buddies for a film script they have developed that they hope can help them rise to fame. Executive producers of the comedy series include Emmy-winning actress Melissa McCarthy and her husband, actor Ben Falcone, who guest-stars on the show.