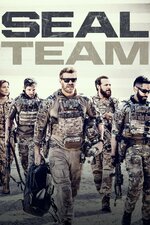 Failure isn't an option for the new Navy SEALs, and that kind of pressure can take a toll on the members of the special operations forces' most elite unit. This team -- which includes Jason, the group's intense leader, and Ray, Jason's longtime confidant, along with loyal soldier Sonny and SEAL hopeful Clay -- trains, plans and executes some of the most dangerous, high-stakes missions and deploys for clandestine missions around the globe at a moment's notice. While serving their country is a worthy and rewarding cause, it can put a strain on the SEALs and their families, causing the guys to look out for one another in the face of seemingly overwhelming odds, both on and off the job.