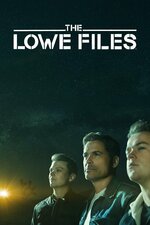 The Lowe Files is now available to stream and watch online:

As a child, Rob Lowe began to cultivate a curiosity about unsolved mysteries, so it seemed natural for him to pass down the same interest to his sons, Matthew and John Owen. Now, the three star in "The Lowe Files." The nonfiction series takes them across the country to further their passion, as they explore and debate mysterious stories and spooky legends. While designed to be fun in spirit, the missions are described by A&E Network as "deliberate and scientific investigations on a highly-sophisticated level" and include the Lowes using advanced monitoring equipment and taking in-depth training courses. Featured among the nine hourlong episodes, the guys visit an underwater alien base located off the California coast; work with a renowned shaman at an abandoned boys' reformatory; and train with a government operative in methods to identify images from great distances.