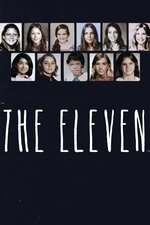 The Eleven is now available to stream and watch online:

Watch episodes of The Eleven online:

In the 1970s, 11 teenage girls were brutally murdered in and around Galveston County, Texas, crimes that remain unsolved. Prompted mostly by the discovery of a confession letter and the work of journalist Lise Olsen and retired police Detective Fred Paige, law enforcement personnel have reopened the investigation into two of the victims. The six-part documentary "The Eleven" tells the girls' stories in an attempt to link the crimes to the man who wrote the confession, Edward Harold Bell. He is currently serving a 70-year sentence for an unrelated murder. Episodes feature Olsen and Paige talking face to face with Bell, who denies the written confession. With a parole hearing for Bell looming, the investigators try to piece together evidence before it's too late.