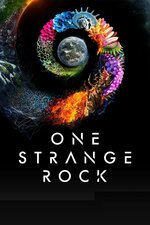 From the award-winning team of filmmaker Darren Aronofsky ("Black Swan") and producer Jane Root ("America the Story of Us"), this 10-part cinematic event series explores the fragility and wonder of planet Earth -- one of the most peculiar, unique places in the universe. Host Will Smith guides viewers on an unprecedented exploration, bolstered by an elite group of eight astronauts who provide unique perspectives and relate personal memoirs of the planet seen from a distance. Hourlong episodes delve into monumental events such as genesis, cosmic violence, human intelligence and alien life, oxygen, and survival vs. destruction.