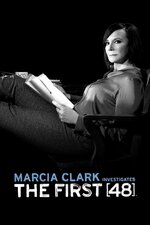 Marcia Clark Investigates The First 48 is now available to stream and watch online:

Prosecutor and former defense attorney Marcia Clark heads this docuseries, which sees her exploring high-profile crimes in the U.S. that have remained unsolved or ended in controversial outcomes. Clark concentrates on the cases' critical first 48 hours, a time when assumptions made and truths buried often cause investigations to run askew. She sifts through evidence presented in each file, visits significant locations and conducts interviews with key players to try to uncover new leads and find the truth behind how and why these crimes happened. The death of Casey Anthony's daughter Caylee; the murder of actor Robert Blake's wife Bonny Lee Bakley; the disappearance of Drew Peterson's wife Stacy; and the death of Federal Bureau of Prisons intern Chandra Levy are among the cases studied.