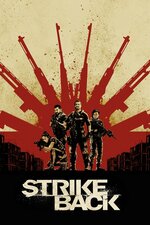 Where can I watch Strike Back online?

Locally, you can stream and watch Strike Back online on MAX GO. Please note, MAX GO is a Subscription streaming service and you may need to register or provide your existing MAX GO login to watch.

Watch episodes of Strike Back online:

After the events of "Strike Back: Legacy," Section 20, the secretive branch of the British Defense Intelligence service, was disbanded. After a violent prison break results in the escape of one of the world's most brutally ambitious and notorious terrorists, Section 20 is reformed with a new team and a single-minded purpose. The unit embarks on an international manhunt through Europe and the Middle East, uncovering deadly conspiracies that threaten to overwhelm it and change the course of humanity forever.