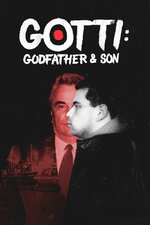 Find out where to watch Gotti: Godfather & Son tonight at the American Streaming Guide

The four-hour documentary tells the father and son story of two men who were raised in the mob and became the reigning king and heir apparent of the Gambino crime family. Writer/director Richard Stratton gains exclusive access to John Gotti Sr. and his son, John Gotti Jr., including never-before-seen segments from the last visit between a son and his terminally ill father at a federal prison. It was then that Gotti Jr. asks his dad for his blessing to quit what might have been the last of the major mafia dynasties. In addition to in-depth, emotional accounts provided by Gotti Jr., interviewees include Colombo family "soldier" Larry Mazza, former FBI agents Bruce Mouw, Louis Digregorio and Jim Abbott, and criminal defense lawyers Bruce Cutler and Ron Kuby.