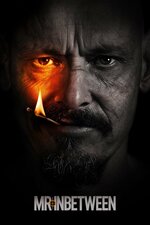 Where can I watch Mr Inbetween online?

Locally, you can stream and watch Mr Inbetween online on Please note, is a streaming service and you may need to register or provide your existing login to watch.

"Mr Inbetween" is a half-hour comedy series inspired by the cult film "The Magician" and centers around Ray Shoesmith. Juggling a relationship, parental responsibilities, friendships and a sick brother while earning a living would be difficult for anyone, but it's particularly difficult for Ray since he's a criminal for hire. Ray "takes care of people" -- collecting debts, relieving them of drugs and guns, and often taking care of them on a more permanent basis. Ray demands respect and does not tolerate it when someone disregards his very clear code of ethics.