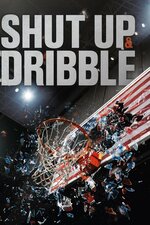 Shut Up and Dribble

A three-part documentary series that provides a unique and powerful inside look at the changing role of black athletes in today's cultural and political environments. "Shut Up and Dribble" chronicles the modern history of the NBA and how it allows athletes to grow their brands off the court to become icons. Narrated by writer Jemele Hill, the series uses its first installment to chronicle the professional lives of basketball's early standouts who impacted the world in different ways. These such members are Bill Russell, Kareem Abdul-Jabbar, Oscar Robertson and Isaiah Thomas. In a time when comments about race still linger, the series shows the impact of these influential athletes and how they should not just "Shut Up and Dribble."