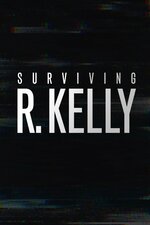 Add to my Watchlist
Find out where to watch Surviving R. Kelly tonight at the American Streaming Guide

This documentary series reveals young women emerging from the shadows and uniting their voices against singer R. Kelly. Celebrated as one of the greatest R&B singers of all time, R. Kelly's career has been plagued with rumors of abuse, pedophilia, and predatory behavior toward women. Now, survivors are stepping forward to detail new allegations about his physical, mental, and sexual abuse. More than 50 interviews with those who include civil rights activist Tarana Burke, musicians John Legend and Sparkle, talk show host Wendy Williams, and R. Kelly's family members shed light on the singer's controversial past.