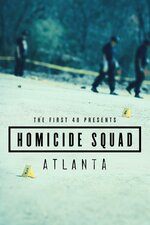 Find out where to watch The First 48 Presents: Homicide Squad Atlanta tonight at the American Streaming Guide

A&E Network extends its "The First 48" franchise with this series that shadows homicide detectives from the Atlanta Police Department as they tackle some of the city's most gruesome crimes. Episodes predominantly detail an in-depth investigation of the "Fallen Angel" case: the murder of a young woman found naked and shot to death in a park. In addition, the series covers other cases that present their own distinct challenges. It is through the unique skill set and investigative style of each detective that they are solved and, most importantly for the squad, bring justice to the victims and their city.