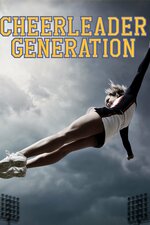 Cheerleader Generation is now available to stream and watch online:

Back in 2006, the series "Cheerleader Nation" followed coach Donna Martin and the girls from Paul Lawrence Dunbar High School in Lexington, Ky., as they pursued a national championship. The follow-up series "Cheerleader Generation" catches up with both coach Martin, still leading the high school's competitive squad, and her daughter, Ryan O'Connor, who catapulted from training under her mother to becoming the cheerleading head coach at the University of Mississippi. As veteran coach Donna works to return Dunbar to its former glory of reigning champs, Ryan fights to earn the respect of her peers and her mother while dealing with the real-life drama of college students trying to find their independence.