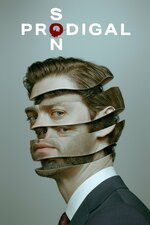 Malcolm Bright is a gifted criminal psychologist, using his twisted genius to help the NYPD solve crimes and stop killers, all while dealing with a manipulative mother, a serial killer father still looking to bond with his prodigal son and his own constantly evolving neuroses. Bright's only ally is his sister, Ainsley, a TV journalist who wishes her brother would take a break from murder and have a normal life. Unfortunately for his sister, the only way Bright feels normal is by solving cases with the help of his longtime mentor, NYPD Detective Gil Arroyo. Arroyo's one of the best detectives around, and he expects no less from his team, which includes Detective JT Tarmel, a born-and-bred New Yorker who questions whether Bright is a psychopath himself.