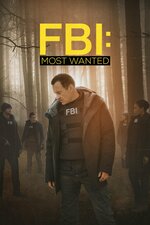 Find out where to watch FBI: Most Wanted tonight at the American Streaming Guide

FBI: Most Wanted is now available to stream and watch online:

From Emmy Award winner Dick Wolf and the team behind "FBI" and the "Law & Order" franchise, "FBI: Most Wanted" is a high-stakes drama focusing on the Fugitive Task Force, which relentlessly tracks and captures the notorious criminals on the Bureau's Most Wanted list. Seasoned agent Jess LaCroix oversees the highly skilled team that functions as a mobile undercover unit that is always out in the field, pursuing those who are most desperate to elude justice.