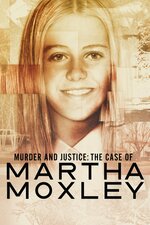 Murder and Justice: The Case of Martha Moxley

Find out where to watch Murder and Justice: The Case of Martha Moxley tonight at the American Streaming Guide

The three-part series, hosted by former federal prosecutor Laura Coates, re-examines the infamous murder of Martha Moxley by testing new theories and digging into potentially overlooked clues with help from some of the world's preeminent crime authorities. Coates attempts to understand the question that remains: Why has justice been so elusive for the Moxley family after so many years? The series features new and exclusive interviews with those connected to the case, including former LAPD homicide Detective Mark Fuhrman, trial defense attorney Mickey Sherman and Robert F. Kennedy Jr., as well as conversations with Martha's loved ones.