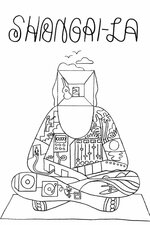 Academy Award and Emmy Award-winning director Morgan Neville, legendary music producer Rick Rubin and director Jeff Malmberg collaborate by focusing on creative conversation and the emotional side of music-making. Rick Rubin's mark on the music scene has been a major one since he co-founded Def Jam Records in the 1980s by helping launch the careers of groups like Public Enemy, the Beastie Boys and Run-DMC under the label. Director Morgan Neville is an Academy and Grammy Award-winning director known for his work as a cultural documentarian. Director Jeff Malmberg's credits include the critically acclaimed and Independent Spirit Award-winning documentary "Marwencol."