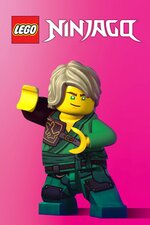 LEGO Ninjago is now available to stream and watch online:

Picking up shortly after the events of "March of the Oni," the series begins a new chapter in the world of Ninjago, as well as a new format. Neither a reboot nor a spin-off, the next adventure explores new and creative possibilities for storytelling in shorter segments, a noticeable change from the longer episodes and serialized format of the previous series. Not to fear, fans of the franchise: the show's creators promise there will be many deep cuts, recurring characters, references to past events, and reveals of previously undisclosed lore from ancient Ninjago history.