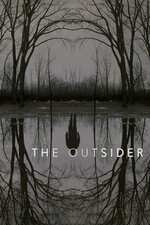 The Outsider is now available to stream and watch online:

Watch episodes of The Outsider online:

Based on Stephen King's best-selling novel of the same name, "The Outsider" begins by following an investigation which at first seems like it will be simple and straightforward but things change as it leads into the gruesome murder of a young boy by a seasoned cop. When an insidious supernatural force edges its way into the case, it leads the investigators to question everything they believe in. The character of Holly Gibney from "Mr. Mercedes" is a major character in this series.