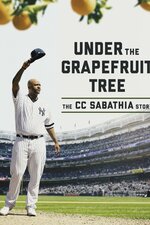 Under the Grapefruit Tree: The CC Sabathia Story

Add to my Watchlist
Find out where to stream and watch Under the Grapefruit Tree: The CC Sabathia Story at the American Streaming Guide

The former baseball star tells the story of his life, from his childhood in California to his major league debut with the Cleveland Indians in 2001 to his last days as a New York Yankee before retiring in 2019.