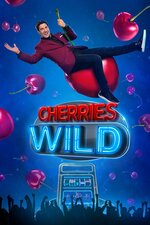 Created by Wes Kauble and hosted by Jason Biggs, this all-new, first-of-its-kind, high-stakes and fast-paced half-hour game show features two rounds of pop culture trivia gameplay during which a team of two contestants tries to "solve the slots" in the hope of getting one step closer to winning the $250,000 jackpot. At the end of each episode, contestants spin the reels on the enormous, three-story tall slot machine in an attempt to capture all five wild cherries and win the ultimate prize.