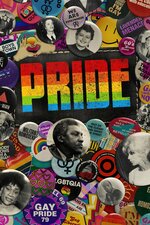 "PRIDE" is a documentary series chronicling the struggle for LGBTQ+ civil rights in America from the 1950s through the 2000s. Seven renowned LGBTQ+ directors explore heroic and heartbreaking stories that define the United States as a nation. The series spans from the FBI surveillance of homosexuals during the 1950s Lavender Scare to the "Culture Wars" of the 1990s and beyond, exploring the queer legacy of the civil rights movement and the battle over marriage equality. The evolution of trans rights and identities through the decades is charted through interviews and archival footage of pioneers, including Christine Jorgensen, Flawless Sabrina, Ceyenne Doroshow and many others.