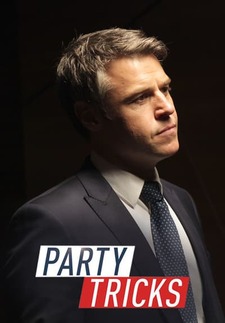 Where can I watch Party Tricks online?

Locally, you can stream and watch Party Tricks online on Tubi TV. Please note, Tubi TV is a Free streaming service and you may need to register or provide your existing Tubi TV login to watch.

“Kate Ballard (Asher Keddie) is facing her first election for State Premier. Committed and rigorous, her victory seems assured… until the opposition announces a shock new candidate: David McLeod (Rodger Corser), a popular media identity… and a man Kate had a secret, tumultuous affair with several years ago. To the world at large, David and Kate present as compelling, evenly matched adversaries… But a paranoid Kate fears that their complicated history is a trump card waiting to be played. Told in six parts, building to an election-night finale, this is a cat-and-mouse game, played out on a grand scale.”