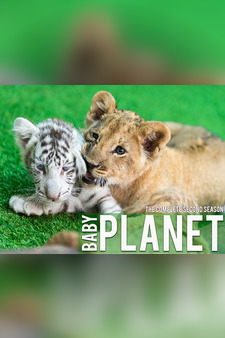 A team battles to save the African penguin from extinction. Meanwhile, we follow a remarkable story of an orphaned white rhino calf - shot and left for dead by poachers - that is saved by a wildlife vet. In Canada, two endangered red panda cubs struggle to survive once they're rejected by their mother. In France, an infant black panther's future is doubtful when he contracts a serious illness.