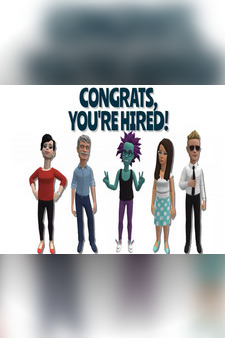 In this Episode, Sales Manager, Poppy has a run in with a not so savory commuter on her way into the office. But will this commuter come back to hunt her? Find out in Episode three, "Tallahassee Gaswinds", from the New Animated series "You're Hired".