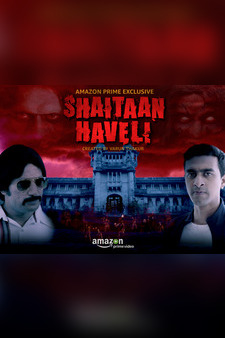 Shooting begins on Shaitaan Haveli, the film. On set, yesteryear actor, Mukesh feels insulted because he isn’t getting the respect he deserves. Slighted, he ends up making a deal with someone more fearsome than any of the villains in the script.