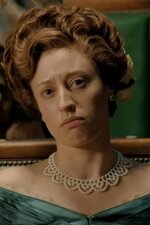 Did you know that the Victorians invented films? Not only that, but one of the first stars of the moving image was Queen Victoria. Using real footage recently restored by the BFI, this special show takes a look at the Victorians' obsession with film. We see some of Queen Vicky's very first filmic appearances (also featuring an initially reluctant Tsar Nicholas I), and also how the Victorians became obsessed with filming everything.