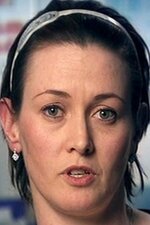 Following Sister Jen's nightshift, which kick-starts as a 35-year-old stabbing victim, Colin Richards, is rushed in by ambulance with injuries to his lung, arm and liver. He's accompanied by his 19-year-old girlfriend, Esther, who was lying in bed next to him when they were awoken at gunpoint. While Esther cradles her boyfriend in Resus, Jen tends to Nancy Shirley, 86, who has spent her life alone and fell over at home.