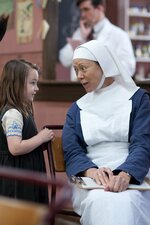 Jenny celebrates her birthday with Chummy and the girls, but soon after finds herself taking care of a patient in an abusive marriage. Meanwhile, Trixie and Sister Evangelina have to brush up their nautical skills when called to look after the daughter of a ship's captain.