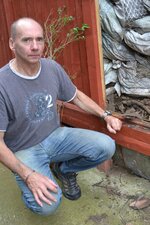 In Devon, a mother finds herself spending a night in the cells after a dispute with a neighbour, who just happens to be a policeman. In York, a man gets an unexpected soaking after an argument with his neighbour. In Glasgow, an upset over an invitation leads to a hospital visit and a criminal record for one unhappy neighbour.