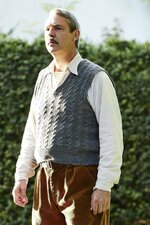 When Grantchester vicar Sidney Chambers is accused of a terrible crime, unmasking the real culprit sends shockwaves through the community. Walking back from a picnic with his friend Inspector Geordie Keating, he is arrested by DC Phil Wilkinson and accused of sexual assault. Harding Redmond is the source of the accusation, horrified at the claims made in the diary of his teenage daughter Abigail.