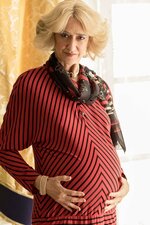 Wills becomes obsessed by the Royal Variety Show while Kate finds herself preoccupied with the Archbishop of Canterbury. The family proves itself as `in touch' as ever as Charles and Camilla try to pass themselves off as lefties.