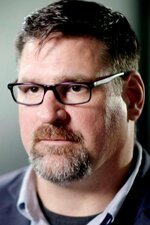 Tales that occurred while the world was at war, including Stalin's human/ape hybrid, zombie spies and a Nazi plague spreading through 1970s Connecticut.