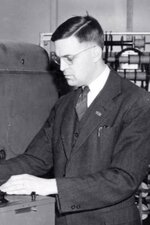 In 1940, Japan launched an attack on a Chinese city but they were not dropping bombs. Swarms of fleas descended and the city was infected with the bubonic plague.