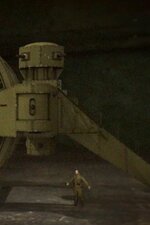 The unfortunate fate of the world's first tank, which failed to make it onto the battlefield, and the case of the Japanese soldier who continued fighting - until 1974.