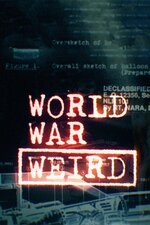 A daring plan devised in 1943 by the inmates of the Death Camp at Sobibor, as they staged an organised rebellion to fight back against their Nazi oppressors.