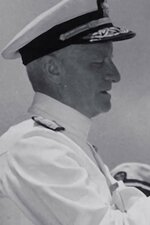 Examining the surprise aerial attack by the Japanese on the US naval base at Pearl Harbour in Hawaii, 1941, which led to the United States entering World War II.