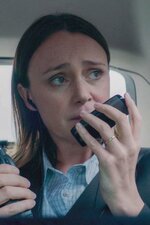 Caroline is relieved when a lead from the phone taps sends the search to Birmingham, where Banaz's body is found, but the DNA evidence is destroyed when a water pipe bursts. Keily's `phone farming' pays off and Banaz' father is charged, as is Uncle Ari, and soon the case is brought to the Old Bailey. It looks like the defence will win, until Bekhal gives courageous evidence behind a screen and the two men are handed life sentences.