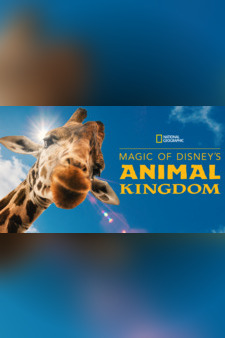 Flash, a mature, white-spotted bamboo shark with a plucky streak, winds up in the emergency room under the care of Dr. Deidre when she bites off more than she can chew and swallows an item that’s not on the menu. Meanwhile, baby Grace, a western lowland gorilla, reaches new heights as animal keeper Courtney works with child-development experts to test Grace's motor coordination by having her climb obstacles. At Kilimanjaro Safaris, Gus the hippo makes a ‘frenemy’ out of an older hippo at the river playground; and on the savanna, Dugan, a southern white rhino, learns that love hurts when the female rhinos greet him a bit too enthusiastically.