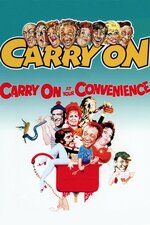 Carry on at Your Convenience

A somewhat workshy shop steward finds himself at loggerheads with the management at a lavatory factory. Much to his horror, his daughter is dating the boss's son, but his mood improves when he discovers that his hitherto mute budgie has a very special and potentially lucrative talent - tipping race horses.