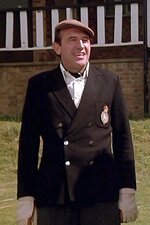 Rigsby, skinflint owner of a crumbling boarding house in London, is reunited with his old tenants: medical student Philip, the son of an African chieftain (or is he?), Miss Jones, the spinster who Rigsby tries in vain to woo, and John, whose chief ambition in life is to lose his virginity.