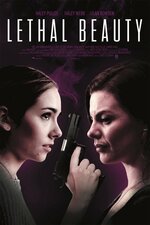 Where can I watch Lethal Beauty in the UK?

In the UK, you can stream and watch Lethal Beauty on Please note, is a streaming service and you may need to register or provide your existing login to watch.

A woman named Aya crosses paths with a distraught woman named Taryn who claims to be heartbroken by a man who lied to her. As sorority sisters, Aya takes her into her home. But Aya's trust is misplaced, and Taryn has a plan to get what she wants.