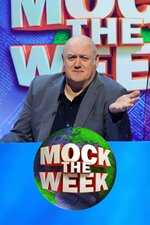 Presented by Dara Ó Briain and Hugh Dennis, `Mock the Week' is a comedy programme that combines the best elements of panel show, stand-up and improvised games with two teams of comedians taking a satirical swipe at the news and world events. Regular game rounds include `Wheel of News', where panellists are tasked with performing a stand-up bit on a randomly generated news segment, and `Picture of the Week', where panellists are shown an image to discuss and joke about. Ó Briain is joined by permanent and guest panellists, including the likes of Andy Parsons, Frankie Boyle, Ed Byrne, Milton Jones, Josh Widdicombe and many, many more.