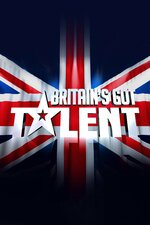 The UK's talented yet undiscovered performers, including singers, dancers, magicians, comedians and more, appear before celebrity judges as they compete to win a fantastic cash prize and an opportunity to perform at the Royal Variety Performance in front of members of the British Royal Family, including either Queen Elizabeth II or the Prince of Wales. Those that make it through the auditions, compete against other acts in a series of live semi-finals, with the winning two acts of each semi-final proceeding into the show's live final.