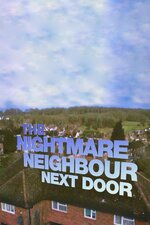 Apparently not everyone is familiar with the concept of being neighbourly. There are 6 million complaints of nightmare neighbours across Britain every year, with some of the most extreme examples featured in this programme, which details what it is like to live next to the bad neighbours. Viewers witness the perpetrators being caught in the act through footage from neighbours' cameras, closed-circuit TV and phones. Threatening dogs, loud parties and aggressive behaviour are among the more common complaints that lead to outcomes that include evictions and sometimes violence.