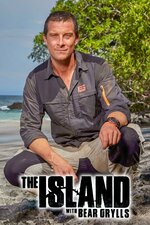 The Island with Bear Grylls

It's a role reversal for Bear Grylls in this adventure series. Instead of himself attempting to survive harsh conditions in a remote location, Grylls leaves the heavy lifting to 13 British men and women, whom he abandons on an uninhabited island in the Pacific for a month. It's an experiment to see if they can fend for themselves without the comforts of 21st-century living, to find out if they have lost the ability to be practical - even when their lives depend on it. Can extreme circumstances force them to reconnect with latent practical skills? They are completely alone, filming themselves, with only the clothes on their backs and some basic tools. Basic rations of food and water will run out quickly, and then the work for their very survival begins.