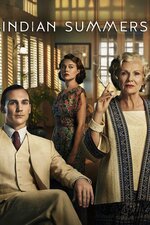 `Indian Summers' is a series set in the foothills of the Himalayas during the summer of 1932. The narrative focuses on the social politics behind the decline of the British Empire and the birth of modern India. A power struggle is emphasised through Brits sent to govern Northern India every summer and the Indian natives who are yearning for independence. The Indian Civil Service and the British Club rule from the foothills town of Simla, where the drama unfold among Ralph Whelan, private secretary to the Viceroy of India; his younger, recently widowed sister Alice; and Cynthia Coffin, the proprietor of the club.