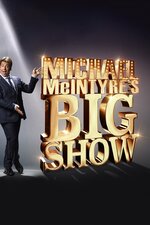 Comedian Michael McIntyre returns with another series of family friendly entertainment. The series is presented in front of a live audience once again at the Theatre Royal on Drury Lane. McIntyre brings his own comedy to the stage, as well as introducing celebrity guests, musicians and other fellow comedians to perform alongside him, including Holly Willoughby, Anton Du Beke, Rita Ora, Kylie, Nile Rodgers, Bradley Walsh, Josh Groban and many more. Occasionally the host picks on unsuspecting members of the audience to give them a surprise of a lifetime.